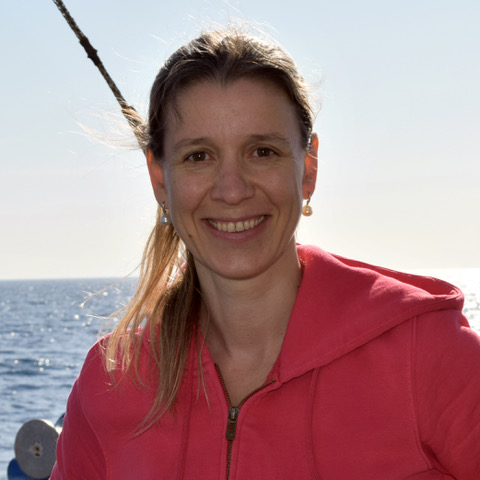 My laboratory is interested in two major research areas:
1) proteorhodopsin phototrophy including adaptations to starvation in marine heterotrophic bacteria, and
2) sponge-microbe interactions, and the isolation of sponge-bacterial-symbionts using high-throughput dilution to extinction techniques.

It is well known that phytoplankton can convert light energy into chemical energy, but the discovery of proteorhodopsins acting as light-powered proton pumps in heterotrophs is only a decade old. In a recent study I began unraveling the role of this protein in Candidatus Pelagibacter ubique, a dominant marine bacterium in the ocean’s photic zone. In this bacterium respiration of exogenous carbon is reduced in the light probably as a result of proteorhodopsin-mediated ATP production. Our lab is interested in focusing on the many unanswered questions in this system. Specifically, we will be: i) investigating the genetic mechanisms underlying physiological responses to light, ii) understanding when these light mediated energy harvesting mechanisms are utilized in nature, iii) establishing how similar or different are the mechanisms of utilization of PR mediated ATP production in a variety of important marine bacteria that can be cultured in the laboratory.

Another topic of research that drives the research in our lab is the symbiotic interactions between bacteria and marine invertebrates, with emphasis on sponges.

Sponges harbor specific bacterial communities (heterotrophic and autotrophic) that differ from those present in the surrounding water. These bacterial symbionts are of high interest not only for their important ecological role in marine symbiotic ecosystems, but also because they produce a wide range of secondary metabolites that can be used for the development of new pharmaceuticals. Most of these bacteria have not been isolated in culture. One focus of my lab is to develop methods to culture such previously uncultured organisms and characterize their physiology and chemistry. Another theme we address is the study of signals that maintain sponge-bacteria symbioses which leads to the question of how a sponge differentiates between symbiotic bacteria and bacteria that can be phagocytozed as food.