Founding Director of the School of Marine Sciences

Professor Zvi Ben-Avraham is the founding Director of the Leon H. Charney School of Marine Sciences at University of Haifa. Prof. Ben-Avraham is one of the founders of marine geophysics in Israel. As the leading marine researcher in Israel, in the past 40 years he has lead numerous geophysical studies in the Mediterranean and Red Seas as well as in terrestrial lakes like the Dead Sea and the Sea of Galilee.  Prof. Ben-Avraham earned his PhD in geophysics from Massachusetts Institute of Technology (MIT) and Woods Hole Oceanographic Institution in 1973.  In 2003, he was awarded the Israel Prize in earth sciences. The jury praised him for his exploring skills, knowledge of innovative research methods and data-collecting and management capabilities. 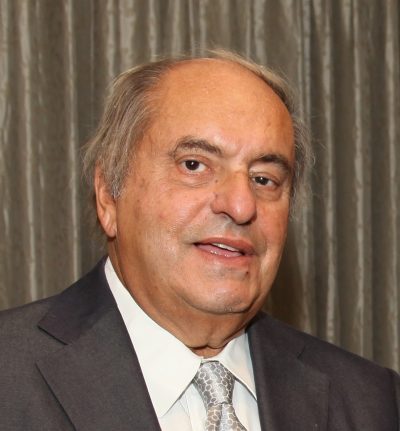 Leon H. Charney (of blessed memory) was a prominent lawyer, media personality, real estate giant, Jewish cantor and former advisor to American and Israeli heads of state.  Mr. Charney was a staunch friend of the State of Israel and the University of Haifa.  During his tenure as Chairman of the Board of Governors, the University grew and flourished.  His visionary leadership and generosity enabled the University to establish The Leon H. Charney School of Marine Sciences – today, Israel’s leading School of Marine Sciences.  Mr. Charney understood that the sea was one of Israel’s most precious resources and believed that the School’s research activities would serve as a catalyst for positive change in the geo-political reality of the Middle East and as a guiding light for global harnessing of the power of the sea.  For his significant contributions to the University of Haifa as Chairman of the Board of Directors (2007-2013) and his longstanding support of student scholarships, research and the physical development at the University, he was named Honorary Life Chairman of the Board of Governors.

When Ernst was a young boy, the Strauss family fled Nazi Germany and immigrated to Liechtenstein before settling permanently in Zurich, Switzerland.  Strauss studied civil engineering in Switzerland and graduated with a PhD in the technical sciences.  Dr. Strauss began his career in construction in Brazil and later managed a sportswear business in Switzerland, while simultaneously overseeing real estate investments in the US.  In 1985, Dr. Ernst Strauss established the Strauss Foundation, a philanthropic fund devoted to scientific and social projects in Israel, the US, Switzerland and Hong Kong.  A large portion of the Fund’s proceeds are designated to the Dr. Moses Strauss Marine Geosciences Department – named in memory of his beloved father.  Although he officially retired in 1998, Dr. Strauss is still involved in the projects of the Strauss Foundation. 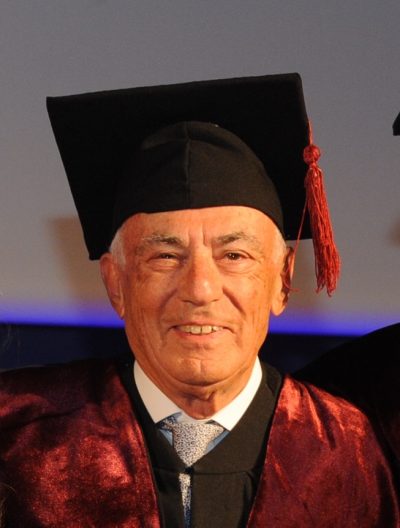 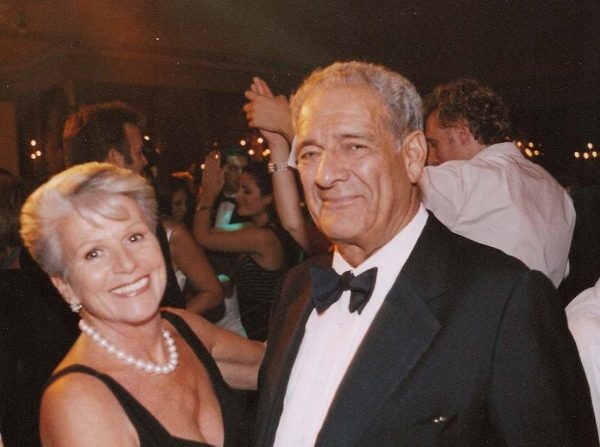 Sir Maurice (of blessed memory) and Lady Irene Hatter are counted among the University’s most dedicated and long-time friends. The heartfelt and fruitful relationship was sparked by the late Prof. Avner Raban, founder of the Department for Maritime Civilizations. Through his passion for marine studies and their shared love of the sea, Irene and Maurice became strong supporters of marine research. The Hatters have provided generous support for the marine science research at the Institute for Maritime Studies and the Hatter Department of Marine Technologies. Both Lady Irene and Sir Maurice were active members of the University’s Board of Governors and the British Friends Association. Lady Irene has served as Vice-President of the Board of Governors for two terms.
Today, Richard Hatter is continuing his family’s philanthropic legacy through his generous support of student scholarships and research activities being conducted in the Hatter Department of Marine Technologies.

The Leona M. and Harry B. Helmsley Charitable Trust

Generous support from the Helmsley Charitable Trust enabled the University to establish the Helmsley Mediterranean Sea Research Center. The Helmsley Research Center is recruiting top marine scientists and acquiring state-of-the-art technologies for deep and shallow sea research. The Center’s research agenda will help shape Israeli policy regarding sustainable energy development in the Mediterranean Sea. The Helmsley Charitable Trust’s Israel Program is committed to contributing to the continued development of Israel and the safety and security of its people, both for the country’s benefit and for humanity in general, by helping to catalyze Israel’s leading contributions in scientific, technological and medical research, supporting Israel’s provision of world-class healthcare services in secure healthcare facilities, and promoting global understanding and appreciation of Israel. Since the Israel Program began in 2010, Helmsley has committed over $240 million to projects and organizations in Israel.