MERCI – Mediterranean Sea Research Center of Israel is a consortium of seven universities, two colleges and two governmental research institutes, working under the leadership of the University of Haifa, to address an unprecedented array of scientific, technological, economic, security, and environmental challenges and opportunities resulted from the rapid development of the Eastern Mediterranean offshore.

The Mediterranean Sea Research Center of Israel’s activities set Israel on the path to academic excellence and sustainable energy independence.

A  partnership between GEOMAR Helmholtz Centre for Ocean Research Kiel  and the University of Haifa to establish the Helmholtz International Laboratory in the eastern Mediterranean Sea as a model for Future Ocean Research (EMS FORE). 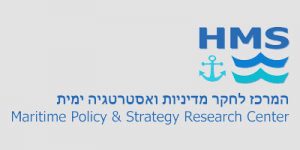 Recent discoveries of large-scale offshore gas fields have placed Israel in a significant position with respect to the global energy market. In a country already affected by global threats such as international terror, illegal immigration, piracy, smuggling of arms and drugs, these discoveries have intensified the potential for maritime tensions in the region and the need for increased security measures.

Since the nature of marine geopolitics is highly dynamic, it is only natural that the United Nation’s Convention on the Law of the Sea has not kept pace with this ever-changing environment. Effectively responding to varying maritime geopolitical conditions requires a comprehensive and responsible maritime strategy, which is supported by both diplomatic action and military strength.

Maritime Policy & Strategy Research Center is dedicated to studying key strategic, geographic and legal issues of the maritime domain. This is achieved through a wide perspective encompassing security, legal aspects, diplomacy and economy and by studying their effect on the national security of the State of Israel. As the only non-military entity generating position papers in the field, The Center’s research contributes to governmental decision-making while encouraging public discourse on issues of maritime and naval strategy. 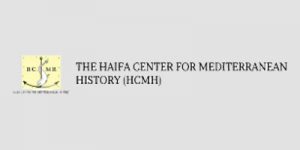 The Haifa Center for Mediterranean History (HCMH), founded in 2016, aims to promote the historical study of the Mediterranean in the University of Haifa. The Center’s activities are varied, and they all focus on research, from the Ph.D. level and beyond.
The HCMH works to enhance and re-focus scholarship in Haifa, securely setting it within the vibrant local and international networks of Mediterranean historical research. HCMH promotes Mediterranean research within broad geographical, chronological and theoretical frameworks. It recruits excellent new faculty members, and junior researchers, thereby strengthening the field of Mediterranean studies in Haifa and in Israel more broadly.
Special emphasis is placed on the eastern basin of the Mediterranean, as well as on cross-disciplinary collaboration in wider Mediterranean themes, such as marine sciences and ecology, in which the University of Haifa has already acquired a leading position.
Opportunities and activities include tenure track positions, PhD and postdoctoral scholarships, international research groups, visiting positions, international conferences, seminars and workshops. 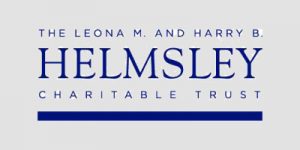 The Helmsly Research Center is outfitted with the most modern technologies for deep and shallow sea research, and will significantly increase knowledge, and will help shape Israeli policy regarding energy development in the Mediterranean Sea. 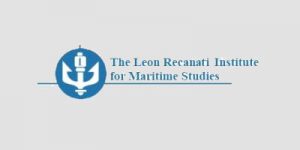 The Leon Recanati Institute for Maritime Studies at the University of Haifa (RIMS) was established in 1972. Guided by an interdisciplinary concept, the Institute conducts and promotes research projects, which encompass humankind’s activities relating to the sea, bringing to light what was known in the past, our involvement in the present, and what we may accomplish in the future. By combining disciplines, such as marine and coastal archaeology, maritime history, marine geology and coastal geomorphology, marine biology and marine resources, the Institute bridges between the Humanities, Sciences and Technology. The Institute conducts numerous collaborative research projects with other research institutions in Israel and abroad. 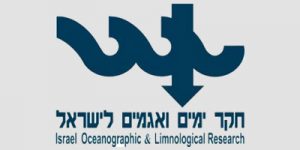 Israel Oceanographic and Limnological Research (IOLR) is a national research institution (non-profit governmental corporation) established in 1967 to generate knowledge for the sustainable use and protection of Israel’s marine, coastal and freshwater resources. 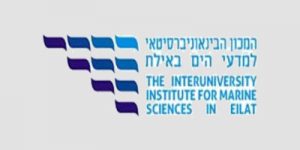 The Interuniversity Institute for Marine Sciences in Eilat (IUI) evolved from the H. Steinitz Marine Biology Laboratory (MBL) established by the Hebrew University in 1968. In 1985 the wide scopes and the heterogeneity of scientific disciplines at the MBL, induced the Israel Council for Higher Education (ICHU) to transform the MBL into a national facility, shared by all Universities in the country. Consequently, the IUI was established as the only interuniversity teaching and research facility in Israel, directly reporting to the Budget and Coordinating Committee (BCC) of the ICHU.