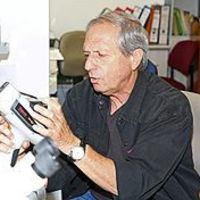 Throughout my academic career, my major goal has been to continue to contribute and assist in establishing as much as I can to the interdisciplinary study of the archaeology of metals and metallurgy in ancient Israel and the Levant. The major milestones, which I have tried to contribute and further develop, have been and are: